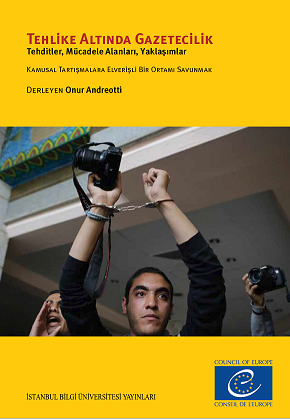 Is journalism under threat? Censorship, political pressure, intimidation, job insecurity and attacks on the protection of journalists’ sources--how can these threats be tackled? Journalism at Risk is a new book from the Council of Europe, in which ten experts from different backgrounds examine the role of journalism in democratic societies.

Is journalism under threat? The image of journalists, as helmeted war correspondents protected by bullet-proof vests and armed only with cameras and microphones, springs to mind. Physical threats are only the most visible dangers, however. Journalists and journalism itself are facing other threats such as censorship, political and economic pressure, intimidation, job insecurity and attacks on the protection of journalists’ sources. Social media and digital photography mean that anyone can now publish information, which is also upsetting the ethics of journalism.

How can these threats be tackled? What is the role of the Council of Europe, the European Court of Human Rights and national governments in protecting journalists and freedom of expression?

In this book, 10 experts from different backgrounds analyse the situation from various angles. At a time when high-quality, independent journalism is more necessary than ever--and yet when the profession is facing many different challenges--they explore the issues surrounding the role of journalism in democratic societies.

This publication is the Turkish translation of the book entitled "Journalims at Risk: Threats, Challenges and Perspectives" published by Council of Europe in 2015. For further information on the original book please click.